My great-grandfather Claus Kuhr was born in Klein Wittensee, Schleswig-Holstein, Germany, on February 20, 1844.  The son of Henry and Wiebke Kuhr, he spent his first 22 years in his native land where he had acquired a public school education. He was reported to be one of seven children in the family. Some were half brothers and sisters. Three of these were also reported to have later come to the United States. Franz and Hans immigrated to Nebraska; Hans ended up in Mitchell, South Dakota and Cecelia Kuhr Paasch arrived in the Walnut area in 1899. 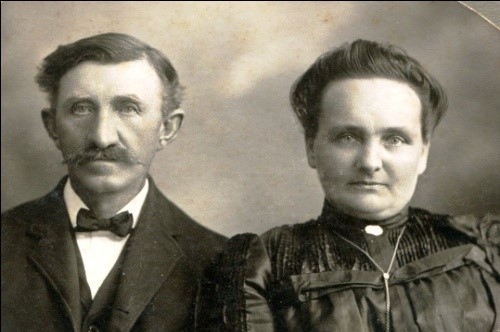 His next move was to Walnut in 1873, where he took up farming northwest of Walnut in Shelby County.

On February 20, 1880 Claus married Miss Elizabeth “Lizzie” Aulerich, who was born on October 14, 1860 in Mecklenberg, Germany. As a young girl of nine, along with three siblings, she was brought to America by her parents, Henry and Mary Aulerich. They stopped in Chicago and then moved to Stuart, Iowa before moving to rural Walnut, Iowa.  It was reported both parents died in Pottawattamie County, but I haven’t found any of their records. 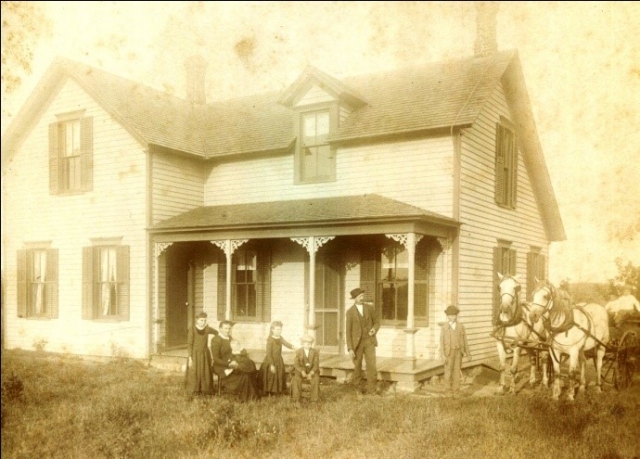 Claus and Lizzie were members of the German Lutheran Church in Walnut.  He had been a Democrat since he became a naturalized   citizen. Claus served as a school director for ten years. His children attended Lincoln Center School. 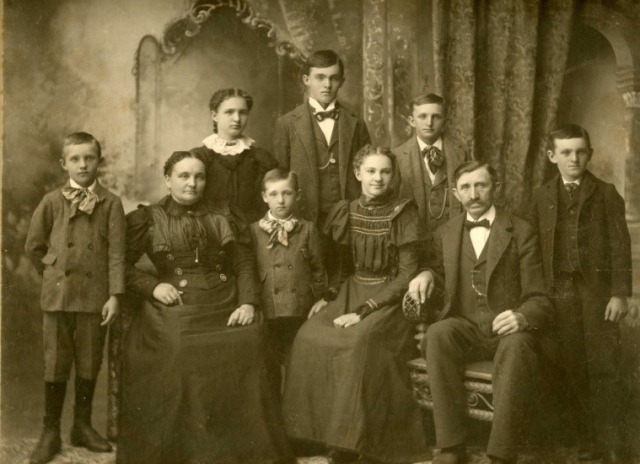 In 1908 they retired from the farm to a house in Walnut that he owned. It was reported he was elected vice-president of the German Society Organization. Claus died in 1913 in his home in Walnut. 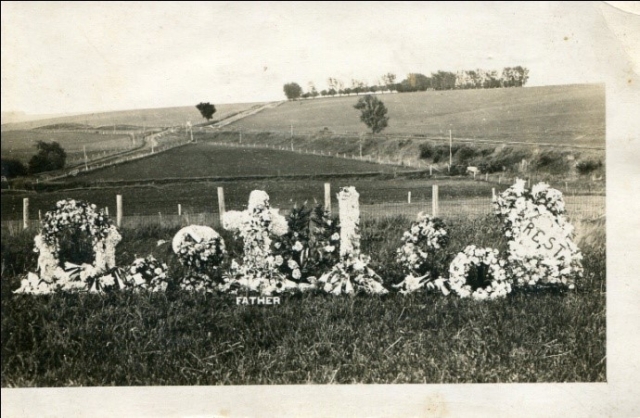 Lizzie married Detlef Paasch in 1916 and he died in 1931. Lizzie died July 23, 1941 in her son Otto’s home in Marne, Iowa. Claus and Lizzie are buried in the Layton Township Cemetery, Walnut.