ANOTHER VETERAN ANSWERS THE CALL

O. M. Bruce, a Pioneer of the Town and County, Passes Away

O. M. Bruce was a pioneer business man of Walnut and in fact the only man along the Rock Island Railroad in this county who has been continuously in business here for forty-two years. Throughout this period he has maintained an unassailable reputation for commercial integrity and the salient traits of his character are such as have won for him the trust and respect of his fellowmen.

His life history began at Mount Gilead, Ohio, on the 12th of October, 1848. His parents were George S. and Rachel (Livingstone) Bruce. He was reared in the place of his nativity and as boy and youth attended the public schools, becoming a high school student. There are few men of his years who can boast of active service in the Civil war, but Mr. Bruce in 1861, when but thirteen years of age, enlisted in the army, joining Company D, Sixty-fifty Ohio Infantry. He afterward served with Company B, Tenth Ohio Cavalry, and was with General Kilpatrick in the siege of Atlanta. He was with the Squirrel Hunters, who were detailed to intercept Morgan on his raid into Ohio, and on the 10th of September, 1864, he was wounded at Campbelltown, Georgia, and taken prisoner. From that point he was marched to Fairburn, Georgia, and thence to General Hood’s headquarters at Lovejoy Station, later proceeding to Griffin, Georgia, where he was placed in the stockade. This was on Wednesday and on the following Saturday morning he was taken to Macon, Georgia, where he was held a prisoner for six weeks. He was then transferred to Andersonville, where he was incarcerated for three weeks, and then started to Salisbury, South Carolina, but on the trip the train was wrecked, killing fifteen men and crippling thirty. The Union prisoners were then returned to Andersonville and the day following was transferred to Milan, Georgia, from which southern prison Mr. Bruce made his escape about the 29th of November. He proceeded to Savannah, Georgia, where, he was paroled on the last day of November, 1864. With other Union troops he met the northern fleet and was taken to a parole camp at Annapolis, Maryland. About Christmas time of the same year he secured a furlough and returned home. On the expiration of his leave of absence he reported but was told to remain until he was called for and as a consequence he was never recalled for exchange, being discharged at Camp Chase, Ohio on the 13th of July, 1865. It was a strenuous experience for a youth of his years but he displayed valor and loyalty equal to that of many a veteran of twice his age and though — a boy in years — he did a soldier’s full duty in defense of the stars and stripes.

After receiving his discharge Mr. Bruce again took up the work of the schoolroom, continuing his education until 1867, when he came west to Iowa. He spent five years in Monroe, where he was engaged in the drug business and also became extensively interested in the live-stock business. In 1873 he removed to Walnut, where in March of that year he opened a drug store, since which time he conducted the enterprise with constantly growing success. He was one of the honored pioneer business men of the town and was closely associated with its commercial growth and prosperity.

Mr. Bruce was a stalwart advocate of the republican party, which was the defender of the Union in the dark days of the Civil war and which has ever been the party of progress, reform and aggressive advancement. He cast his first vote for Abraham Lincoln when but sixteen years of age, the privilege being accorded him by reason of his military service, the franchise being given to all soldiers. He was incarcerated in the Confederate prison at the time but was allowed the voting privilege. He never sought nor desired political preferment, yet served as a member of the first board of councilmen when Walnut was organized. His influence was always given for the election of good men to office and he was always found on the side of justice and civic virtue. He belonged to the Moriah lodge, A. F. & A. M.; Eastern Star, Mignon chapter No. 286; A. O. U. W. No. 194; W. O. W., Camp No. 32; and John A. Dix post, G. A. R.

Many years of quiet, honest service to his county and town has won for him a host of true friends, who will miss him greatly. He was a good citizen, a faithful soldier, and sympathetic friend. The family have the sympathy of the community in their great sorrow.

Funeral services were held at the home on Wednesday afternoon at 2:00 o’clock, conducted by his pastor, Rev. E. R. Stroud, assisted by his former pastor, Rev. W. C. Smith of Hancock and Rev. Joseph B. Cherry of the local Presbyterian church. The remains were laid at rest in the Walnut Cemetery. (The Walnut Bureau, February 5, 1914, p. 1) 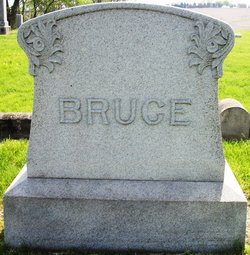 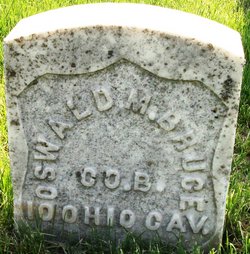 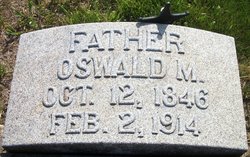