The Walnut Bureau of August 30, 1951 announced the sale of the local Ford agency, owned by Ed Drea, to Stanley Olsen.  A Grand Opening of Olsen Motors was held September 15, 1951.  It was at the current location of Walnut Creek Fertilizer at 405 Pearl Street.

Søren Anker Stanley Olsen was born September 1, 1921 at Taarnby, Pæsto Co., Denmark.  At the age of six, he immigrated to the United States with his parents, Lauritz and Marie, and older brother, Erik.   They settled on a farm near Avoca and after his father died in 1936, he and Erik worked the farm.

Stan served as a B-29 gunner in the Army Air Corps during World War II.  After opening his Walnut dealership, in 1951, he added stores in Harlan, and Council Bluffs, Iowa before opening his first Omaha dealership in 1958. 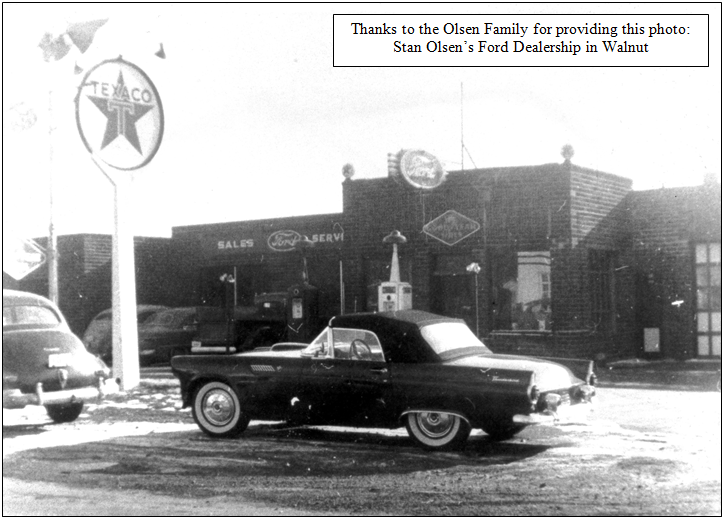