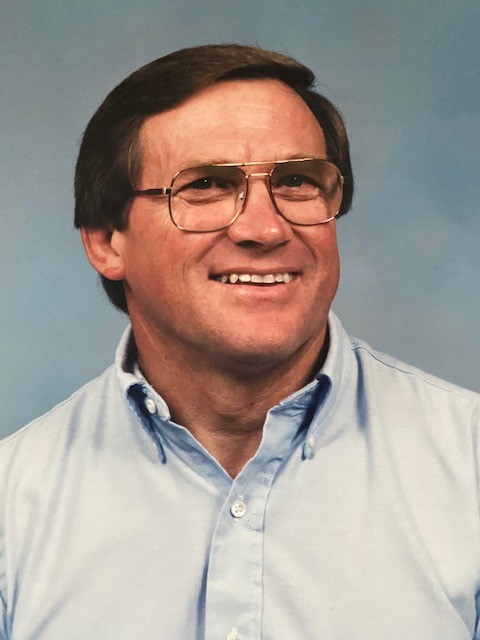 He was the second of three sons and graduated from Mt. Miguel High School in May 1958. He played the trumpet in high school band, was cast in his senior class play, played football, ran track, and lettered in wrestling. Before graduating he was awarded a full four-year scholarship to the University of Southern California (USC) graduating in 1962 with a degree in Aerospace Engineering.

He immediately started working at General Dynamics-Convair in San Diego, California. In January, 1979 Vern met Linda and they married October 6, 1979. Then in 1981 Martin Marietta of Denver came to San Diego hoping to steal some of General Dynamic’s talent. Vern was job offered in his first interview. That evening he proudly declared we are moving to Denver!!! In 1982 he was chosen to work with NASA at Huntsville, Alabama, representing Martin Marietta on a short-term project. He retired from the now Lockheed Martin in May, 1996 becoming a reluctant innkeeper in a grand Victorian house in Walnut, Iowa, purchased in July 1990. While Vern preferred to be at home or on the golf course, through the years Linda and Vern were able to enjoy travel to Ireland, Greece, Hawaii, New York and to celebrate their 40th anniversary in Kentucky seeing the Ark.

Before his cancer diagnosis in November 2014 Vern was an active athlete playing tennis, racket ball, bowling, skiing and of course golf. He managed to achieve one last sports goal, a Hole-In-One on the Avoca Golf Course. While retired, Vern worked at Kum & Go, the Iowa DOT (counting rocks he said), Walnut Communications (cable locating), and gladly helping many people with their computers. Lastly, he served twelve years at the Walnut Community School in charge of Technology. (He even got his own school technology jacket!) He very much enjoyed his years with staff and students. He was even asked to help with the boys’ golf team a few times, to his delight.

Because he worked mornings at school and golfed in the afternoon this was one of the best times of his life. Additionally, Vern served on the Walnut City Council for 12 years, was for a time, Treasurer of the Walnut Creek Historical Society, President of the Peace Haven Board of Directors and Trustee of Calvary Baptist Church.

Vern died in Atlantic, Iowa, on February 9, 2021, at the age of 80, just a few weeks before his 81st birthday, suffering cardiac arrest.

Vern is survived by his wife, Linda; daughter, Jennifer Phillips; son, Joel Booth; and two granddaughters, Kendall and Jessica of San Diego; and his younger brother, Terry Wayne Booth and his wife, Kit of Prescott, Arizona; his last Aunt, Lora Booth of California; and nephews and niece and many cousins; and dear friend, Bob (Bubba) Dehn.

He was preceded in death by his parents, his older brother, Ron Booth; and niece, Sally Hostutler.

Over his lifetime, Vern became a Christian man of faith and was baptized on November 16, 1997, at Calvary Baptist Church, Walnut, IA. Throughout his life, he was considered to be kind, caring and good-natured, with a ready smile willing to serve the community and help others in any way he could. While no one action defines a life, his many actions and achievements clearly demonstrate he was a man leaning on Jesus for strength and guidance during his life. And in death, finding comfort in knowing that the loving arms of his Lord, Jesus Christ were there to embrace him.